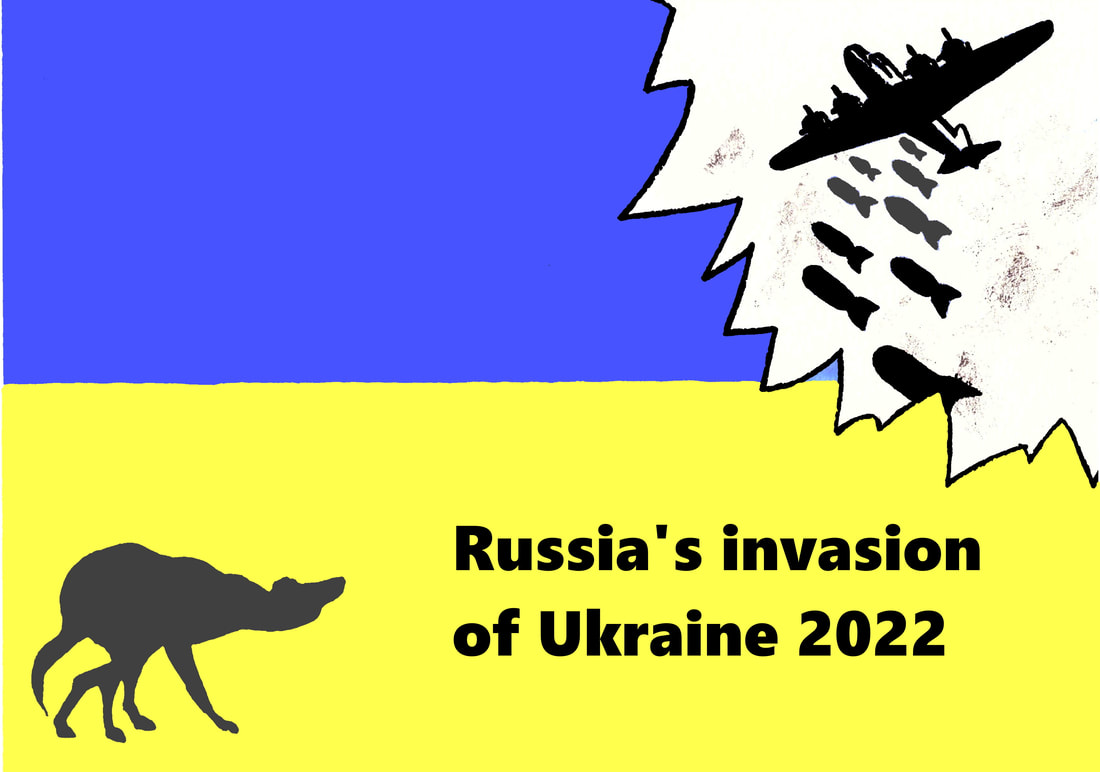 On 24 February 2022, Russia launched a large-scale military attack on the neighbouring Ukraine, an independent country with Western sympathies. Ukraine has dreamed of joining the European Union and NATO, which Russia strongly opposes. The president of Russia Vladimir Putin announced a “special military operation” to demilitarise and “denazify” Ukraine. He claimed his goal was to protect people subjected to bullying and genocide, even though there has been no genocide in Ukraine. Putin also declared that Ukraine is no real country. He has made a threat of nuclear strikes upon any outside power that might come to its aid.

Several officials and analysts called the invasion the largest conventional military attack in Europe since World War II. To this date (I’m writing this on 20 March 2022), thousands of soldiers on both sides including people including thousands of Ukrainian civilians have died and even more have been injured during the attacks. Many Ukrainian cities have been heavily bombarded and practically don’t exist any more. So far, about 3.3 million Ukrainians have fled the country and 6.5 million are internally displaced within the country (there are 44 million people living in Ukraine). The Russian forces have met much more resistance than they expected, and the Ukrainians have fought extremely bravely against the invaders.

Western countries have imposed severe sanctions on Russia’s economy and individuals, such as Russian oligarchs (extremely rich elites close to Putin). Many Western countries have sent military equipment to Ukraine, and thousands of foreign volunteers have joined the Ukrainian soldiers. Imposing a no-fly zone in Ukraine, or sending troops to the country could lead to escalation (war between Russia and NATO) and at worst, nuclear war. The Jewish president of Ukraine Volodymyr Zelensky has become an international icon of courage in the fight for freedom.

Half of the Russian people have no idea about what’s going on, because the media is tightly controlled. Russian state TV channels justify the war by blaming Ukrainian aggression, and continue to call it "a special operation of liberation". Anybody in Russia who uses the words "war", "invasion" or "attack" could be jailed for up to 15 years.

Many Russian soldiers claim that they have been duped into war. Some of the soldiers thought they were on military exercises. The soldiers didn’t anticipate resistance from the Ukrainian people, but flowers and cheers.

Mass demonstrations against the war are taking place in many countries, and some demonstrations have been seen major Russian cities. Thousands of Russian anti-war demonstrators have been detained, including senior citizens and children.

It is not only humans who are harmed by the Russian aggression, but millions of animals, both farmed animals and companion animals, are forced to endure extreme panic, starvation, injuries and death. Many companion animals are left behind when their humans flee the war. In the following you can find a list of organisations that are helping animals in Ukraine.
Organisations helping animals in Ukraine need our help!

Breaking the chains
UK animal rescue group works to save pets from Ukraine war zone, and reunite them with owners
Newspaper article
Donations

Dogs of Chernobyl
Clean Futures Fund is a US organisation that conducts sterilizations, provides vaccinations and medical care to strays and providea food to the Dogs of Chernobyl
Website and Donations
Facebook

Network for Animals
UK animal welfare organisation crusading for animals around the world. We often work in difficult situations where animals need most help
Website and donations
Instagram

Transform a street dog
An US organisation helping pet owners, abandoned dogs, and street dogs in Ukraine that are all affected by the senseless Russian invasion of Ukraine and its people
Website and Donations
Instagram